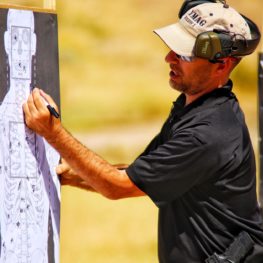 As a tactical firearms instructor for over a decade, Pete Lanteri has put his Marine Corps infantry rifleman skills to use by teaching students how to combine tactics and firearms proficiency, at both the individual and team level.  Always researching and developing new classes and techniques, this ensures the students that they are receiving timely training and not yesterdays tactics.  He has incorporated 16 years of business ownership in a separate field to coincide with the opening and development of Defense Techniques Academy, a company that proudly serves the students by bringing the training to them across the US.  For the last 12 years he has volunteered and led operations on both borders of the US in interdiction operations against cartel and smuggling organizations.  He has been featured in “Border”, a documentary about the Minutemen on the southern border and most recently in “Cartel Land”, a documentary about volunteer organizations against the Mexican cartels both in Mexico and the US. He has also led security details for events in Washington DC among other places.

Did you find apk for android? You can find new Free Android Games and apps.